The Voices of Alarm by Albert Maignan

Put in storage in 1918, after being evacuated from the Museum of Picardie after the bombing of Déloye Hall, The Voices of Alarm, unanimously acclaimed at its presentation at the Salon in 1888, figured among the works awaiting restoration after a century of absence from the museum’s walls.

A legendary tableau that would mark a turning point in the career of Albert Maignan (1845-1908), it deserved a long-awaited restoration as spectacular as the original work. The frame was restored by Emmanuel Joyerot and Eve Froidevaux’s team, assisted by Tiago de Souza Martins and Sarah Crespeau, and the painting was restored by Laurence Fragne and Aleonora Tushinsky-Merlette.

The entire restoration was performed in public at the Taylor Foundation during the exhibition Albert Maignan, Painter and Decorator of Paris at the End of the Century in 2016, in partnership with the Museum of Picardie.

The tableau’s unrolling, which took place on November 12, 2015 at the Museum of Picardie, revealed a work of art painted in poetic, grey tones that, with the most unequivocal power, evoked Michelangelo at the top of the artist’s mind throughout the elaboration of this larger-than-life masterpiece (5.50 x 4.50). It also revealed, under a raking light, the existence of two, overlapping compositions. One picture of Maignan, posing in front of his large tableau in the process of being painted, indeed showed a composition that was quite different from the final work of art: a series of preparatory sketches conserved at the museum that appeared not to have been kept for the final version.

The origin of this tableau is rooted in a trip Maignan took to inspect the bell of the Saint-Prix church, described with passionate detail in his journal. The genesis would take time, taking the artist from stages of euphoria to discouragement from 1882 to 1888, the year of its presentation at the Salon. Exhibited the following year at the Paris World Fair, it would be purchased by the French government and transferred for exhibition at the Museum of Picardie in 1892.

After presentation to the public until the summer of 2019 in the studio where it had been conceived, the restored tableau finds its new home on the picture rails of the Museum of Picardie, wich reopen in March 2020 upon completion of works to expand and embellish the site. 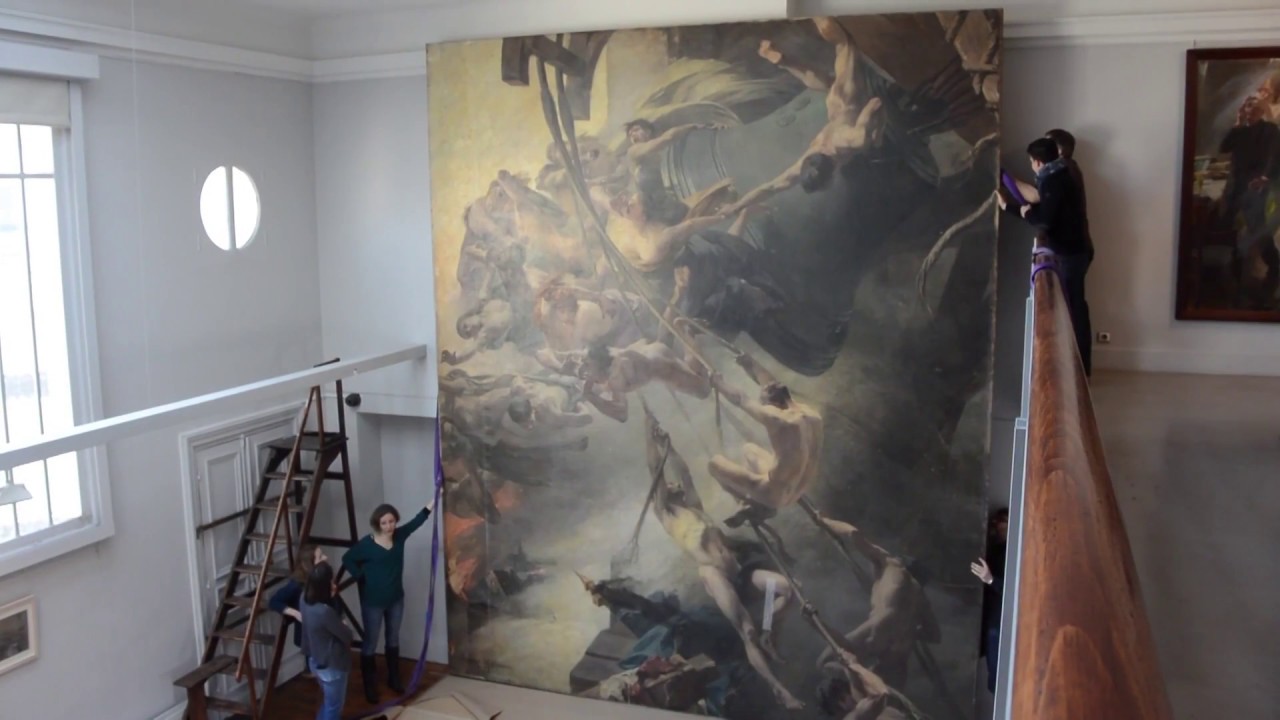