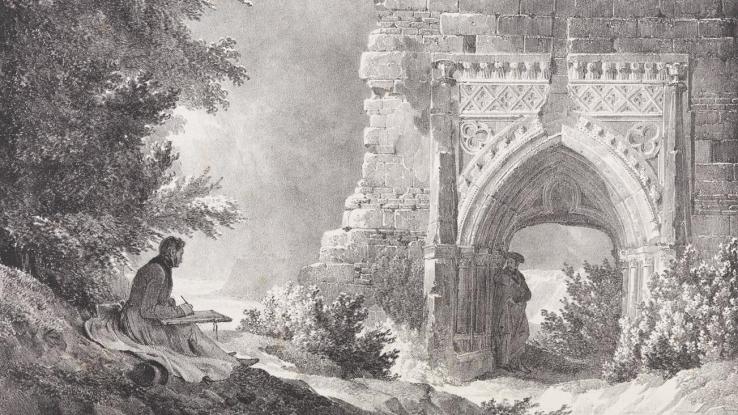 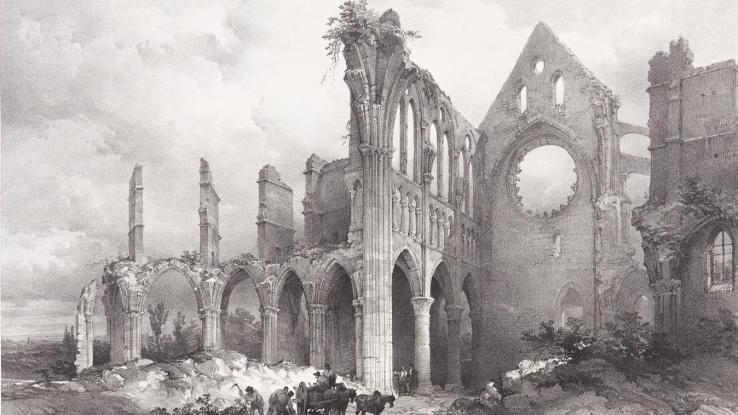 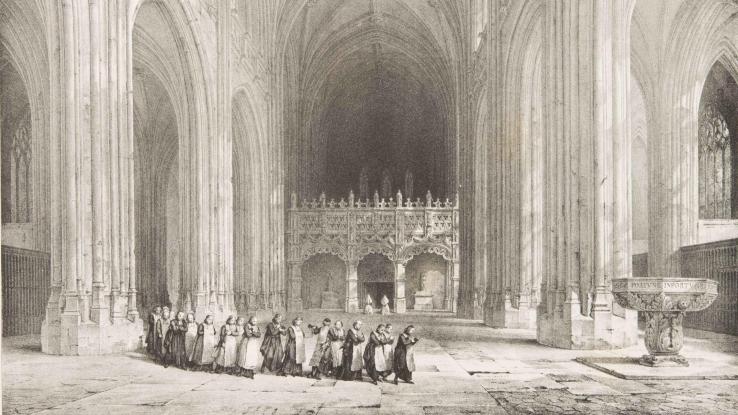 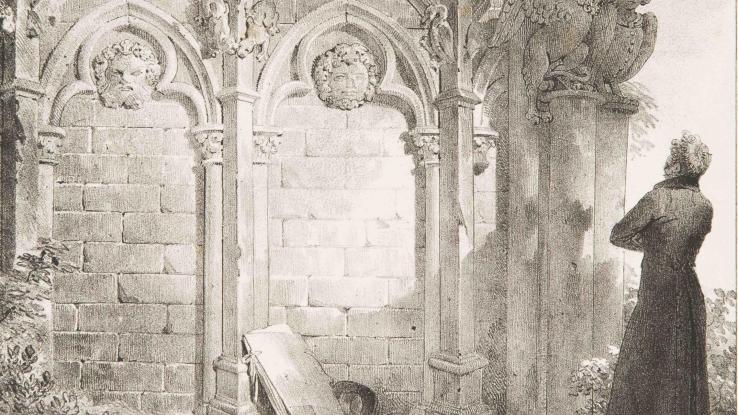 Les Voyages pittoresques et romantiques dans l’ancienne France (…) sets out to tell the story of French monuments, privileged witnesses of the country’s heritage, and to bring all of that to life. Taylor was a trained soldier. The unceasing trips he would take were mostly for confidential operations in the public interest: whether it meant taking off to Spain to seek out masterpiece tableaux or negotiating the arrival of an obelisk or preparing a funerary monument, Taylor travelled for the government. Like a halo of public utility enveloping the entire endeavor behind Voyages, which – as of the first volume - would enjoy the patronage of the Marquis de Lauriston. Ever since Alexandre Lenoir established his Museum of French Monuments during the Revolution, in the Convent of Petits Augustins (the Museum was closed in 1816), the idea of the country’s monumenal heritage started taking root. (…) Les Voyages pittoresques et romantiques are an example, and not the least by any means; they add to enhancing intellectual and moral awareness, to the Government’s good faith, thanks to a new and decisive power to wield …that of the image, the most beautiful and powerful of images…in other words, the most picturesque and romantic images ever depicted. 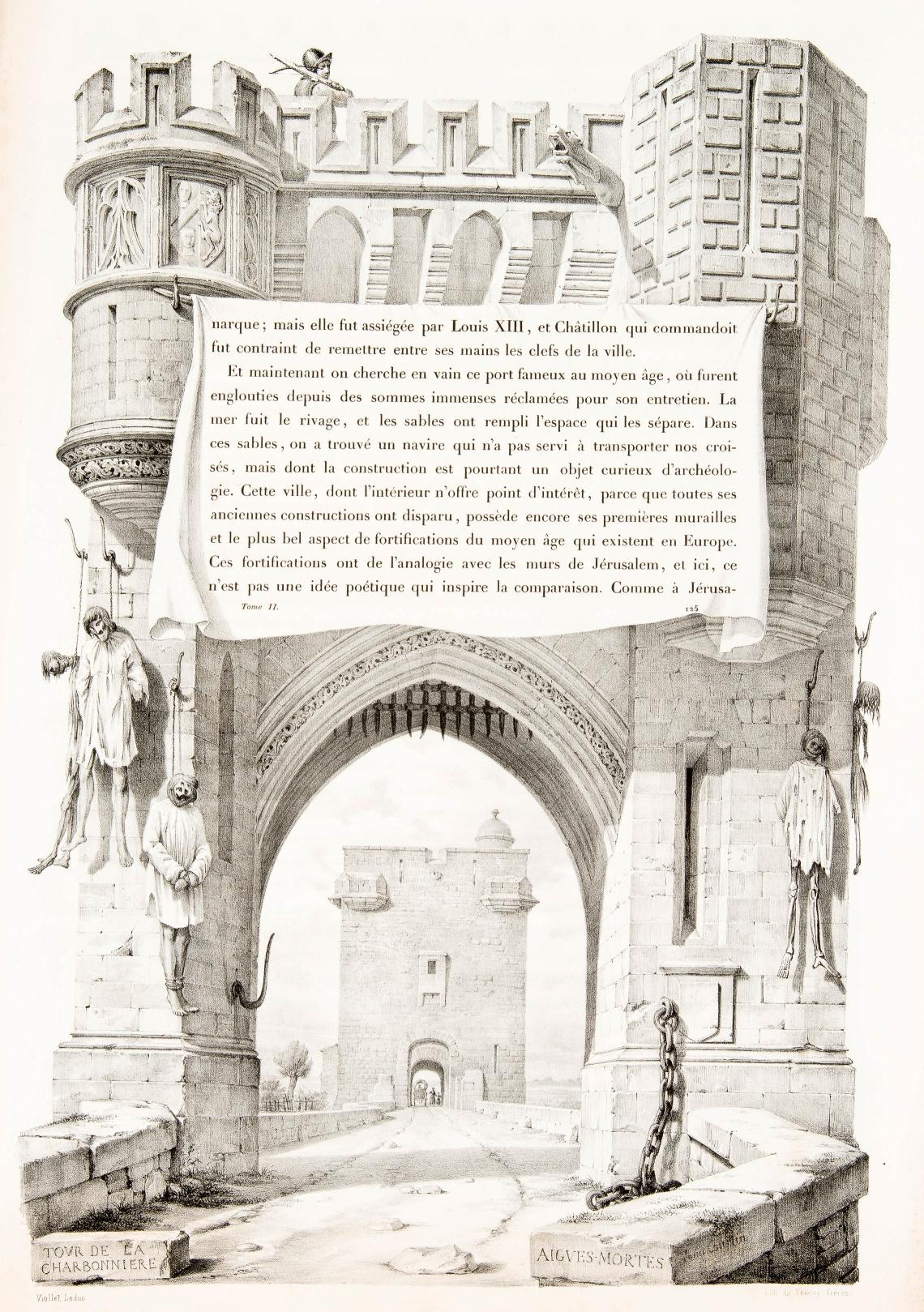 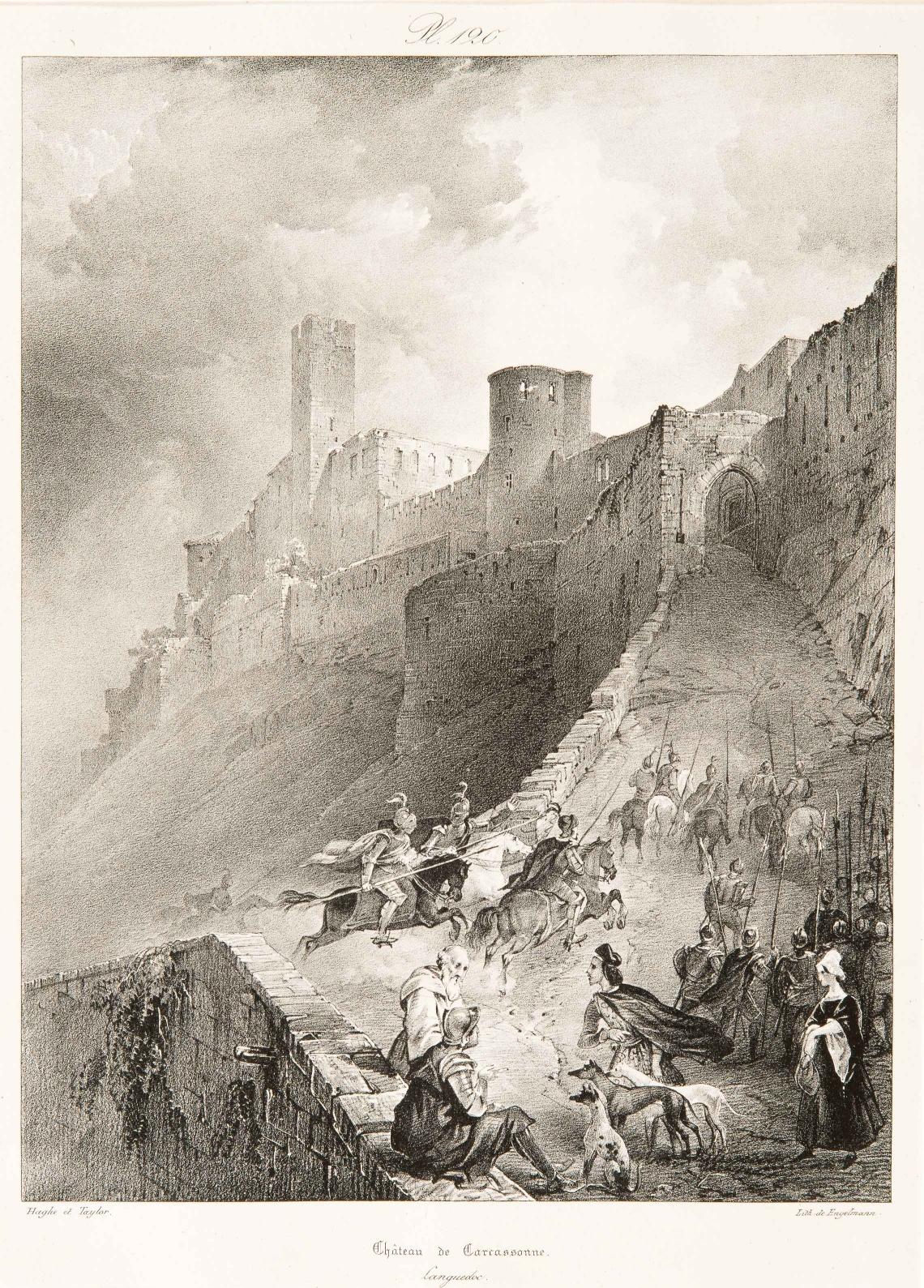 In 1825, when Victor Hugo wrote his first letter entitled “War on Demolishers!”, he was ruthless. “If things continue in this way a little longer, the only national monument left in France will be Les Voyages pittoresques et romantiques where the grace, imagination and poetry of Taylor’s brushstroke and the plume of Ch. Nodier compete.

The Taylor Foundation has a complete collection of this work, as well as a large number of illustrations from the volumes. It also conserves the preparatory studies and an ensemble of documents related to this editorial adventure.